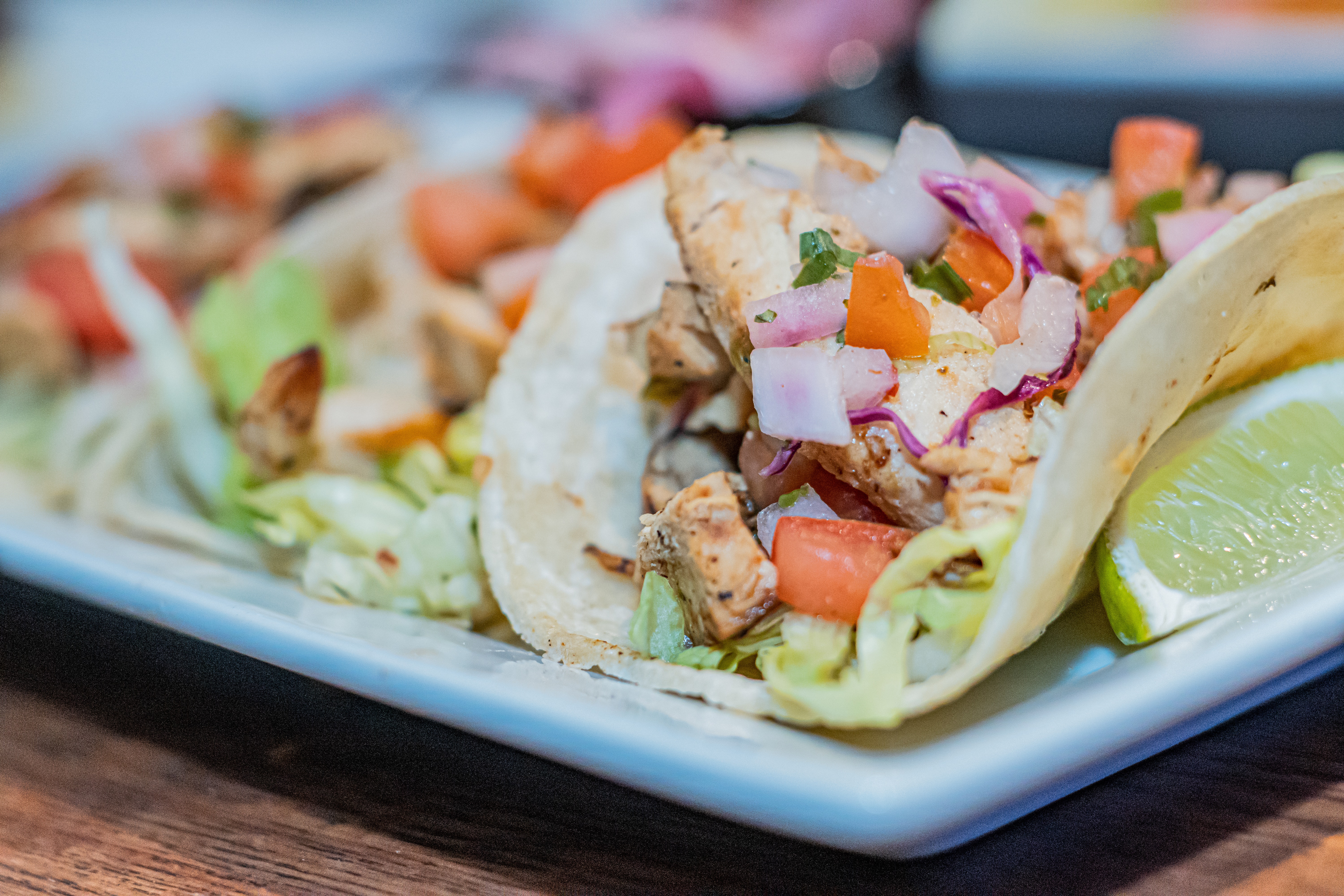 Spanish cuisine is considered one of the first expressions of fusion cooking. It blends Iberian and Moorish traditions, due to Spain’s 800-year occupation by the Moors (north-western Africans and Arabs). Later, during Spain’s colonization of Mexico, Spanish food was vibrantly synthesized with that of Mexico’s indigenous peoples – dominated by the Aztec, Mayan and Zapotec civilizations. This cross-pollination of cultures is also discernible in Mexico’s musical heritage: in ranchera and Tejano music. As Mexican cooking has evolved, it’s also been informed by the Czech, German and Cornish people who later settled in the country.

Tex-Mex is a sub-genre of Mexican food, originating from the northern reaches of New Spain, before Texas was a part of the USA. Its inhabitants, the Tejanos (Mexican Texans), developed their own distinct gastronomy, which flowered in cities like San Antonio. When Texas became a U.S. state in 1845, the cooking was further influenced by the barbecue of Anglo frontiersmen and cowboys.

Since then, Tex-Mex food has grown to be internationally beloved. Famous Tex-Mex dishes include: chili con carne, nachos and enchiladas. However, the region’s most iconic and delicious dish is undoubtedly fajitas. Spicy and smoky, fajitas are a cousin of tacos. A favorite across all age-groups, they are very easy to prepare.

Here is a guide to making your own authentic Tex-Mex fajitas at home:

Gather your ingredients and equipment

To make fajitas you will need: either chicken breasts (thighs can also be used), or a cut of beef that is suitable for frying (talk to your butcher to help you with this), red bell peppers and yellow onions; in as large an amount as is required for your diners. If you are vegetarian, you could substitute meat for refried beans, for example.

To flavor your meat, there are many excellent store-bought fajita or taco seasonings available. If you’d like to make your own, mix small amounts of pimentón (smoked paprika), ground cumin, dried oregano, garlic powder, a pinch of salt, cracked black pepper and chili powder. Ensure to adjust the quantity of each spice to your taste. Ground cloves and allspice, idiosyncratically Mexican flavors, may also be added.

Fajitas are served in tortillas. You can purchase a packet at a supermarket, or you can make your own. Making your own tortillas is straightforward and fast. What is more, they are far tastier than the store-bought equivalent. Online, you’ll find both simple tortilla recipes, as well as more sophisticated ones.

To cook fajitas, you’ll need a frying pan, a wooden spoon, sufficient vegetable oil, a sharp knife and a chopping board. If you’re passionate about cooking, you may wish to customize your kitchen. As Tex-Mex food gives-off a lot of smoke, attributable to its high cooking temperature, you should use an extractor. Available in many stylish designs, CopperSmith White Hoods are an attractive accompaniment to a range extractor.

Ready your chicken or beef by slicing it in long, thin strips, in characteristic Tex-Mex fashion. Some Tejano chefs prefer to marinate their meat overnight, in lemon juice, with the spice seasoning – covered in cellophane in the refrigerator. The benefit of this is it allows the flavors to permeate deep into the meat. That said, fajitas can be equally delicious by adding the seasoning and a twist of lime juice to the pan whilst frying.

After washing your red bell peppers and removing their seeds, slice them in long strips, about an index fingernail in width. Cut your yellow onion in half and slice it thinly – lengthways.

One of the aspects that makes Tex-Mex cookery unique is the process of charring meat for flavor. If you’re using chicken, fry it on a medium-high heat until it’s golden and slightly blackened. If using beef, don’t overcook it, as this will make it become tough. In Mexico and Spain, before cooking, some chefs like to sprinkle paprika in the oil as it’s heating-up in the pan.

Once your meat is approaching the charred stage, add your sliced bell peppers. Tex-Mex chefs prefer their bell peppers to be blackened, yet still maintaining structure – not falling apart. Finally, add the onions and a little more oil if necessary. With the heat the pan’s accrued, these onions will cook quickly.

If you haven’t marinated your meat, distribute your seasoning all over the dish, then add a little water and some lemon or lime juice. Turning up the heat, stir the dish vigorously until it is deep crimson in color, caramelized and no longer watery.

After taking the pan off the heat, you could grate-in a little Monterey Jack or Cheddar cheese. With a teaspoon, spread a small serving of sour cream across a plated tortilla. Spoon a portion of the cooked meat and vegetables in a line down the center of the bread. Don’t add too much, or the tortilla will burst. Next, dollop some salsa on top of this, either store-bought or home-made. Fold the halves of the tortilla inwards to wrap your fajita.